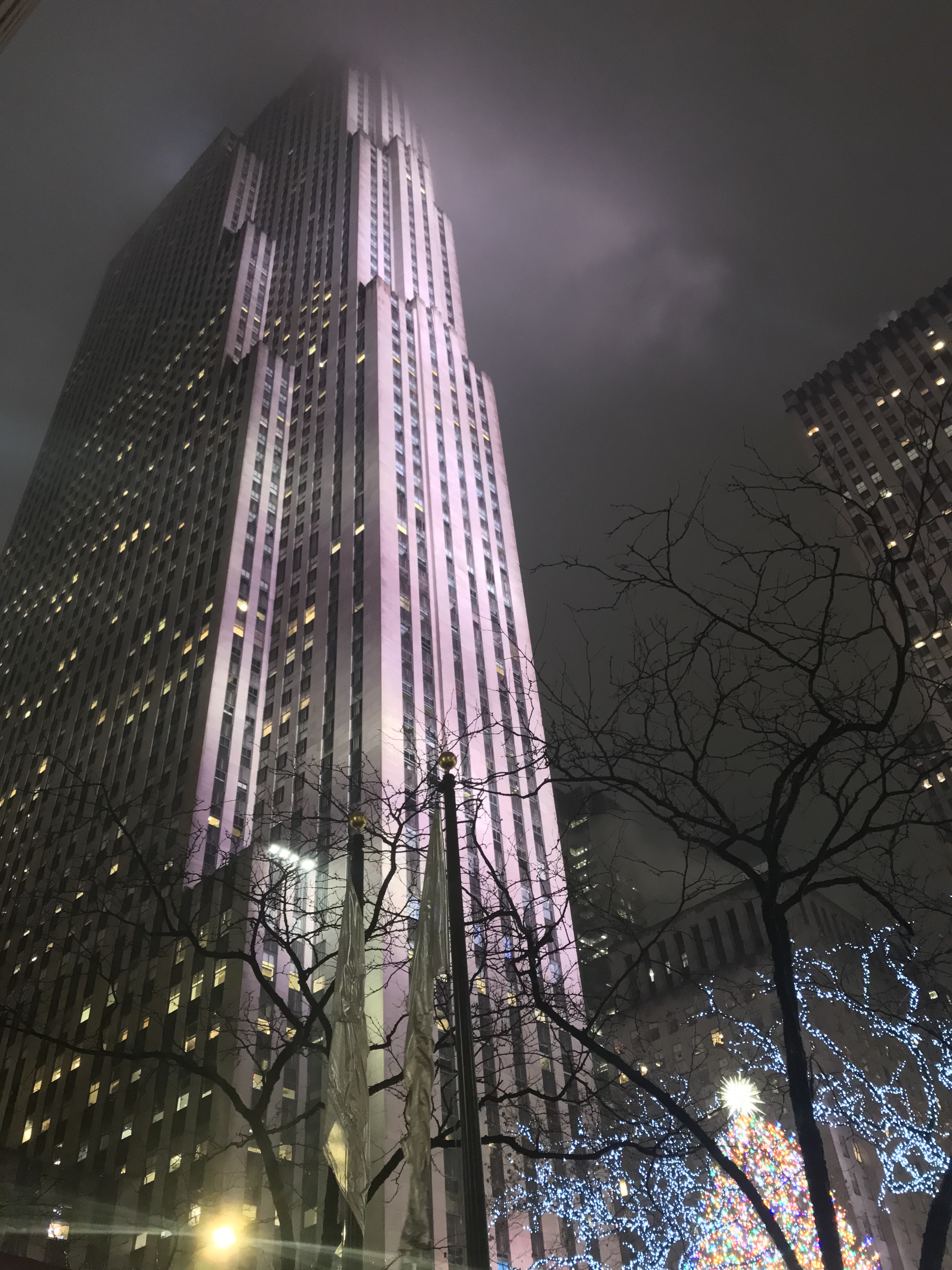 We went to New York for some festive shopping…and took a trip down memory lane. We lived near New York for a few years and with as many years away, the City was still as familiar as ever.

NYC is my favourite city in the world actually.  It has an energy like nowhere else somehow.   But New York has personal significance for me too. Some of my most life-changing decisions have been made there.

I decided to look away from my 15-year tour of duty in PR on the Brooklyn Bridge.  Both our children celebrated their first birthdays in New York too.  I have many memories of those days my arms felt locked onto a stroller as we went ‘everywhere’ on our NY bucket list.  And some that weren’t. I can still recite the displays at Intrepid!

Now the son who so enjoyed that annual pass to Intrepid is taller than me, and my ‘baby’ … right on target, is very pre-teen.

Question:  Are you the same person, from one year, or decade, to the next?

I walked around this city I feel so bonded with, seeing visions of my past self as I turned corners everywhere.  And had big feelings as I struggled to find my own answer to this question.

Until something happened and I was forced to press pause.

The boys had been to see an American Football game.  Not exciting to us girls, we had opted instead for Fifth Avenue girls’ time.

The heavens opened that day as I think they only do in New York. Picture this.  Open stadium.  Drenched to their bones.  For hours.  And hours.  And then some. The plastic ponchos they resorted to, not up to the job. Cue the flu that would take us down, one-by-one during our long-awaited trip back to NYC.

Awful timing obviously. But here’s why, as counter-intuitive as it sounds, that same trip was restorative.

The enforced pressing of ‘pause’ that came with the flu was thoroughly therapeutic.  I dosed up and carried on doing most of the things we were there for…until there was no choice but to give in to a few hours in bed.  On pause.  And so this special week went along with the pendulum swinging from doing, to on pause/reflecting, then pressing play again.

It was disorienting. Confusing even.  I kept glimpsing the Past Me, with such power it felt more like being transported back into those memories.  Times that felt disjointed from Me Now and I struggled to reconcile how everything was so different.  But I was the same.  Wasn’t I?

I sat in bed too many times thinking around this and it turned into a very circular dialogue between me, myself and I.  On-pause.  Until the clever flu meds worked their magic for the next outing and the ‘doing’ distracted nicely.

But those enforced pauses were oddly therapeutic too.   I wouldn’t have put those breaks in of my own accord, but it turns out I needed to protect pockets of time to think hard about how Past Me related to Me Now, and step back so I could see how the past had influenced what happened next.  And process how I felt about that, now I was looking back.

If you look nostalgia up in the New Oxford Dictionary it tells you it is ‘sentimental longing or wistful affection for the past’.   I certainly feel like I experienced that.

But there’s more to nostalgia than its definition.

Experts say we use nostalgia a bit like a homeostatic device.  A bit like the heating mechanism that keeps our homes at our preferred temperature setting, nostalgia helps restore balance to our self-continuity when it’s threatened.

Because feeling a discontinuity of self is psychologically uncomfortable, and in the way of thriving at the best of times.  And at times of career or life transitions, such as moving country, changing jobs or the identity-shift that comes with being a new parent, will trigger ineffective coping.

This risk of poor coping explains why the perception of yourself stretching back to your past and extending into the imagined future is so important.   It’s why we reminisce and why it’s important to look back as well as forwards.

Especially at this time of year, when the tendency is to be immersed in the now and extend it to look forwards – setting intentions designed to drive us forward in our career or life.

Here’s the health warning.  When we get overly immersed in extending our present, we resist change despite setting intentions.  Because we are compelled to protect a stable sense of self.  That keeps us as we are right now. There’s even evidence that we will actively mute good feelings if low self-esteem means that brings better continuity.  Think about what that means at times your sense of who you are has been rocked to the core by a job loss or relationship break-up.

To truly thrive, we need to balance our unconscious need for self-continuity with some very intentional flexibility.  Only then are we flexible enough to make the changes in life that will see us flourish.  So, don’t set your aspirations in stone without pressing pause long enough to look back at where you’ve been.  Then use the wisdom that perspective brings to extend your present.

In New York that week, I learned the power of pressing pause long enough to look back.  So far back it felt like having glimpses of a different me, not just a different time.  I even remember imagining my as-yet-unknown Career 2.

The irony wasn’t lost on me that an article I wrote recently about how to tell people you’ve been fired was published while we were in Central Park, among memories of pushing my one-year-old on the swings, preoccupied as I struggled to recalibrate from the redundancy that meant I could be over there for a month. I remember feeling conflicted about that opportunity as I grieved for a Lost Me and grappled with what I wanted to happen next.

I made promises to myself that I would start a different chapter…something that mattered to me…after my Family Chapter…  And this was how I saw the link between that past self with what unfolded after that.  So clear in hindsight, that I had already found meaning. Slowly I noticed. Then did something meaningful with that.  Until years of studying and retraining later, Career 2 has become the coaching I live and breathe today.

Back from Central Park, on pause again, I reflected how far I’ve come from that place – being so unsure of what next, but so certain I needed ‘it’.

I was shocked to realise I felt grateful for those hard experiences. And felt nourished remembering my New York past, despite the unfulfilling fog I know I walked around in at times. And especially for how it all combined into a meaning-making system I didn’t recognise at the time, but that shaped my What Next.

So, put yourself on pause.

Recruit those memory systems and make them work for you too.

Unpacking the insights between your Past and your Now will help shape What Next, and drive the behaviours you need to get there.

Please know, if you would value some guidance with this process of using nostalgia to help work out What Next, just click here.

I will send you a (free) PDF with the 5 questions you need  to make meaning from your memories and provoke thought about your What Next.

If you want to know how to use nostalgia to look ahead, just click here

Please Show Me How To Find Meaning In My Memories

The Problem With Free (And Your Invitation To The Solution)

Dear Valentine, You’re Far From Perfect… The Undeniable Advantage Of Loving You Anyway