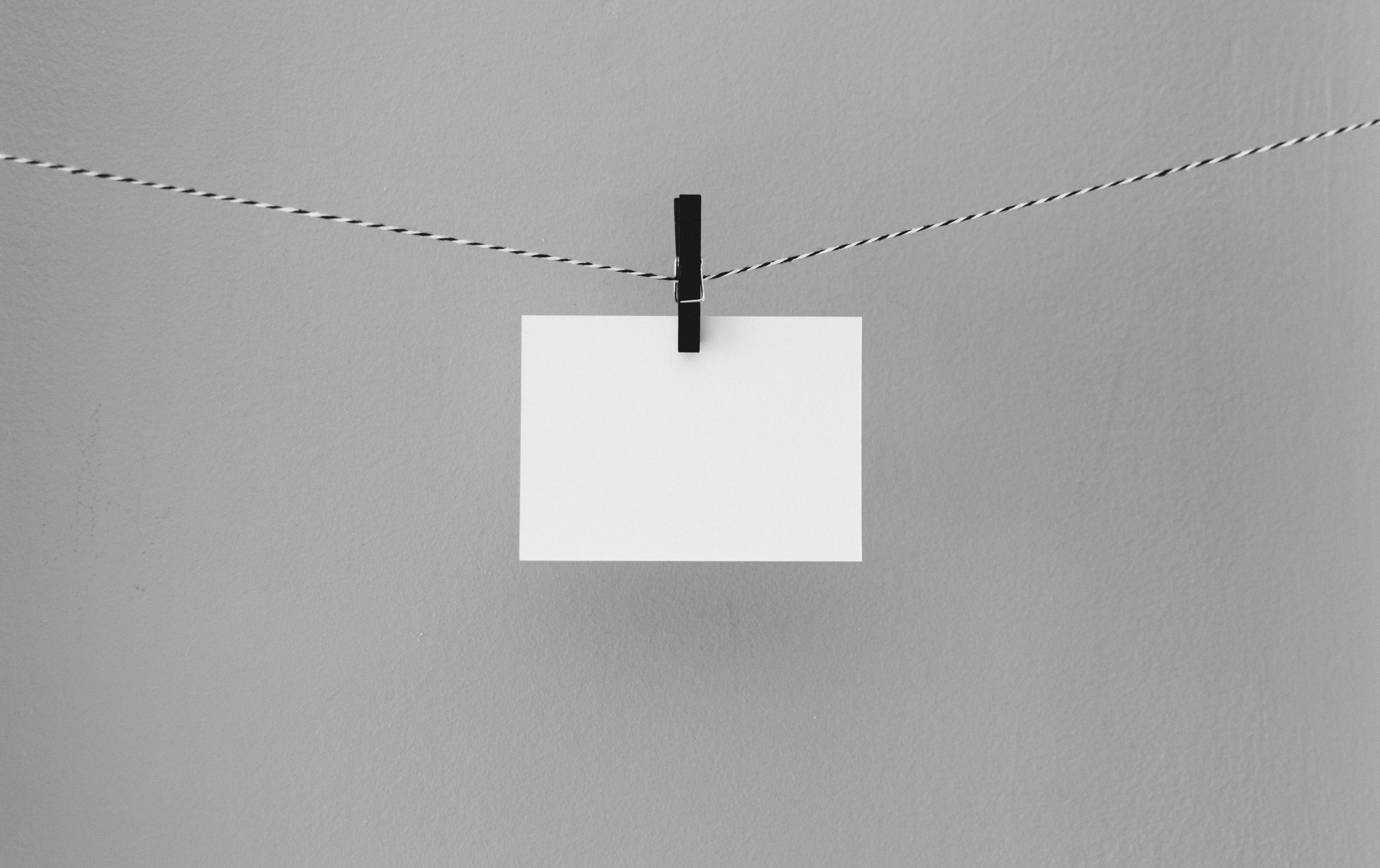 I believe the stories we tell ourselves will either see us become who we really are. Or trap us so we can’t.

Autobiographical stories live at the heart of our sense of self in much the same way as foundations for a house. Which only works out well for us, if we are the architects of our own career-life choices, then have the expertise to build on top of that foundation for ourselves.

This is a true story. One that isn’t mine. This is the real story of a dear client of mine, Karen. It is sometimes sad. It unravels like a messy ball of wool and I feel like it will resonate for very many women in all sorts of different ways.

But this story is also transformative and shows us all how being with ‘what is’, will help even when breaks your heart. And is too hard without support sometimes.

The Foundation of Karens’ House

By the age of three, Karen already had a story to tell.  She was a civil-war refugee. She can vividly recall a scene at the airport where she had to leave on the very last plane out of Lebanon.  Without Dad. Or certainty he would get to join ‘later’.

Her grown ups had prioritised certain safety and survival. Of course. But now Karen lived in a new country, with different people, foods, smells and a whole new language. That she didn’t share.  And lived, feeling anything but safe.

What did that mean? Young Karen learned her words didn’t count and her feelings weren’t to be listened to either.  She quickly conformed – which felt like fixing herself for others’ benefit – and much later built a career on her strong foundation of communications.

It very nearly looks like career congruence. Karen is certainly one of the most engaging conversationalists I have ever known. She listens with her whole self. Then says profoundly impactful things that give away her interpretation went beyond what was said out loud.

As Karen and I started our coaching relationship, she admitted:

I have spent more than 15 years wanting to shift my focus from a corporate career to one in the holistic world that is more aligned with my values. I have stopped and started many, many times. I have amassed more and more trainings but haven’t made the holistic world become the priority it is for me. Actually, I keep it secret.

Karen had spent over 15 years playing hide & seek. And it was confronting to recognise. She was hiding behind excuses that the corporate work was demanding (it was time-onerous) and The Only Way to gain financial security (it wasn’t), at the same time as she accrued holistic trainings – and grew ever more self-insight along the way. So this was the work mattered ever more.

None of us can live with that level of inner conflict. Eventually we will adjust what we think or what we do so the 2 realign. We fix our mental mess because it’s psychologically too aversive not to.

But which direction we choose to align with is the biggest career crossroads I come across in my coaching.

The most obvious and easiest option is not often the most resonant. My advice? When you feel tempted by the obvious solution, go look in precisely the opposite direction first. Your ‘why’ is probably over there.

Karen already knew she felt stuck, frustrated and increasingly impatient to make change happen.  We had to figure out what Stuckness sat behind her 15 year holding position. And how to overcome it.

And we did. But it isn’t what you think.

Being With What Is, Even When It Hurts

Karen was stuck in busy-ness for reasons. There was anxiety around being seen and heard. So some obvious roadblocks to navigate. For reasons that were quick to illuminate. But that wasn’t all.

Karens’ childhood backstory was at the foundation of some very entrenched beliefs that stood in her way of transitioning from a place that brought safety (proven skillset = regular income = safety…that didn’t feel hers…but that was the set-point she knew as normal) to another, that felt increasingly magnetic (but unknown, so triggered fear and a heightened need for safety = familiarity = protect the status quo).

And there was so much more within this circular story. There often is. Because there is no boundary separating our professional self from our personal one. We are all one person and if there’s something holding us stuck on one ‘side’ life, the single most important thing I have known is this. It’s contagious across our whole self.

And this becomes the pivotal point for most of my clients.  Realigning what they do so it is purpose-driven and utterly entwined with their ‘why’.

If we were going to create synergy, we first had to pull it all together. And it was going to hurt.

Karen had grown up as a mini-mummy to her baby brother and then sister. She always felt she was a mother-in-waiting. But life happened. Karen decided to wait until her career was more established before trying. She made the difficult choice to end an unsuitable first marriage in her mid-30’s. She later declined medical intervention in attempts to conceive naturally in her wonderful, 2nd marriage.  They moved out of London to a home waiting for its’ family and started an adoption process to match.

One that felt more like living under a microscope for hair-raising months on end, than it did getting ready for their children. The social worker declared they weren’t ‘ready yet’, after nearly 2 years.  Yet that wasn’t who closed the door on motherhood. It was Karen herself who called time when she heard herself say out loud, I’m thinking that maybe adoption isn’t right for us. What if we stop?’

Because it was more critical to look after their life together, accept ‘what is’ and choose to nurture that, than it was to forge ahead under strain, committed to striving that felt as punishing as it did protracted.

And there it was. Like an ancient tree toppled by an intense storm. Done. Karen knew she would not be a mother.

And to this day, these 6 words still break her heart to hear: ‘you would make such a great mum!’.

Becoming Who She Really Is … Finally

Karen has come a long way since she became a woman without children.

No one chapter of her story defines her. And that’s the point.  Karen says coaching has unlocked her autonomy to take the positive steps she needed to live into her different future. Her holistic business is now the clear priority and it feels liberating.

Karen passionately believes we all have several defining Life Stages in our stories. Karen herself has experienced ‘displaced refugee, divorcee, coeliac, lipoedema sufferer, childless woman’ (so far) and can see ‘menopausal woman’ on her horizon.

She understands the immense cost of transitioning through each and every one of these craving support and keeping secrets. She knows first-hand, the threat of limiting self-beliefs that can stand in your way for far too long. And Karen understands herself much better now, and not just in her relationship to her work.

Karen still remembers hesitating about the financial commitment of coaching all that time ago but sees now that it was masking her own avoidance about finally being ready to ‘go there’. Because she did, Karen is in control of her destiny and feels safe living the unchartered territory that is the work she wanted to do so much, for so long.

Today, Karen uses her experiences (and near 20 years of holistic training) to live her life purpose as a Milestones Mentor, helping women unlock and move into their own destiny.  She has developed a robust therapeutic framework, she calls the HART process (standing for Honour, Accept, Release and Trust) and uses this holistic approach to help connect a range of life stages to their meaning-making experiences for girls and women, in 1:1 sessions, group programmes and luxury retreats that are all designed to give guidance as her clients feel their way over thresholds they’re facing.

Your Invitation To The Celebration!

Karen has launched a mini-retreat for women approaching Menopause and you’re invited. In response to the media’s focus on the menopause as a list of symptoms to manage and based on her own experiences, the Feeling Your Way mini-retreat is a dedicated and luxurious day dedicated to approaching our menopause as an important and positive coming of age. And your Invitation to the Celebration (you heard!) is here.

But if you’re reading this story and feeling inspired but disheartened about how to apply it to your own career context, I have a different invitation. Ask yourself this question:

What’s the point of you?

Seriously, how would you answer that question if it came at you!

I find in my coaching relationships it’s important to un-peel several layers of self-knowledge to tackle this thorny issue. We start with why! Which will be as unique as you are yourself.

Discovering your ‘why’ can radically change the course of your career (and life) for the better. You’ll feel more alive and aligned when what you do expresses what matters most.  Not only will you do it with more focus and motivation but crucially, knowing why you’re doing that thing you do, means you’ll also feel more fulfilled and find setbacks don’t set you back.

How come? Because at those times your grit and determination are tested – when things haven’t gone to plan or you must face a fail of your own making, you will revisit why you’re putting yourself through this discomfort and what that gives you.

Unpacking your ‘why’ may not be as hard as you think. I offer you the 7 exact strategies I use with my 1:1 clients to help you with your mission to find your own this week. One day soon you’ll realise that you’ve found the one feature of your life that makes everything worthwhile and elements of the life you wish you were living will start to come more easily for it.

CLICK HERE TO ASK FOR: 7 Ways to Unpack Your ‘WHY’ This Week

Next question: what will it take to not resist the changes that are coming your way!

P.S. Please share if you recognise someone you care about.

You might speed something important up for them by literally years.,

7 Ways To Unpack Your 'Why' This Week

It may not be as hard as you think with the exact strategies I use to help my 1:1 clients understand what drives them. Lean into the support that's here and one day soon, you'll realise that you've unpacked the one feature of your career-life that makes sense of everything else. And makes you unstoppable in its' pursuit.
CLICK HERE FOR HELP TO UNPACK YOUR 'WHY'
Tags: careerchange, childlessnotbychoice, coaching, divorce, lifepurpose, meaningfulcareer, menopause, mentoringwomen, professional pivot, refugee, womenwithoutchildren

The Problem With Free (And Your Invitation To The Solution)