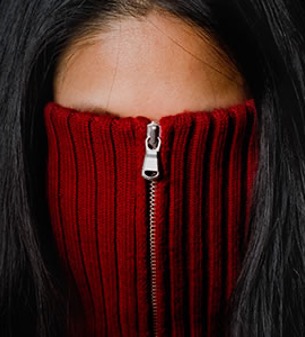 Now I Dare You To Show Up!

My audience of seasoned professionals come to coaching knowing they want help to navigate their barriers so they can stop trying to solve the same career problem over and over again until retirement.

But I’ve learned not to focus on the problem. That’s more of a start-point for the solution while the actual problem becomes obvious in striving for career-life synergy.

It’s there when you:

Because the truth is, inner barriers are the real problem threatening to sabotage your success.

Let’s take Louise for instance. Louise worked for a large consulting firm. Louise was utilized in her company and valued by her client-base. But had aspirations to climb above her technical to-do list and grow into leadership. Louise felt like a small, insignificant cog in a large, corporate wheel that wouldn’t listen.

Louise was also someone who coached kids’ football in her spare time. Her standout favorite experience as a coach was when the mom of a physically-impaired student acknowledged the amazing progress – and wider impact – Louise was having on her daughter’s life.

Bringing that kind of clarity back into her career lane meant Louise became ever more motivated to leave a legacy in her work, too. Ultimately, she took that clarity and pointed it at a very intentional job search.

But when she landed exactly what she wanted, it became a struggle to act according to that drive to make an impact.

Louise needed to navigate her inner barriers when she moved into the exciting, new role she secured. Or her career elevation was at risk of circling the same career problem again.

Now, in one way, Louise wasn’t wrong – the company you keep in a new corporate home will make judgements about you as you start. Of course.

So it turned out the coaching “problem” wasn’t securing a career move that would give Louise the opportunity to have lasting impact and elevate to leadership. That was the solution. The real problem was daring to be relentlessly herself once she arrived.

Unless we unpack our hidden pain points, we’re limited to achieving situational change with any amount of job moves. Because everywhere we go, some new doubt will arise, triggering the same response pattern that made our tenure uncomfortable at the last place. That’s the same career problem, again and again until retirement.

We worked through a few tools to find the right blend for her. She now captures the commentary of her inner critics in a journal. Her page is folded and a day later, she revisits the notes to populate the more compassionate side of the page with evidence against the criticisms – praise from others, something achieved well – thanks and wins.

If jotting in a journal isn’t very you, I suggest setting up an email file. Call it “the good stuff,” or similar. Put every positive proof point from your real world in there. When you feel the call of your inner critics getting louder, you can dip in and spend a little (or a lot) of time calming the doubts holding you back from doing you. You’ll find you make room for another perspective at the least, and at best, come away feeling validated and ready to dare to do you.

Now Louise is flying. Demonstrating leadership and feeling comfortable as she goes. Because she put herself in perspective and did herself. Her good stuff email folder is filling up for later and she knows it will be powerful when her critics dial up at the next junction of growth. As they always will.

We don’t always KNOW what to do or how to do it. But we know what feels right. We have opinions, strengths, and values.

Understand your core drivers – and how to live to them, and you too will have confidence as you work to consolidate in your new role.

This article was first published on Forbes.com

Do your career choices honor those things that matter most?

When we act in a way that isn't aligned with our core drivers, a dissonance sets in that will only grow louder over time. Click below to get the exact framework Helen uses to help 1:1 clients create their career compass.
CLICK HERE
Tags: career change, career transition, coaching, executive coach, fresh start, Impression Management, leadership coaching, Newjob